What Factors Will a Court Consider in a Child Relocation Case? 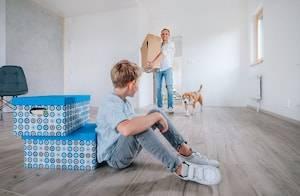 Families relocate now more than ever before. The modern improvements in technology and transportation make it easier for families to move and keep in touch after relocating. Many divorced couples will choose to do this to help themselves move on from their previous marriage. However, while adults have the right to choose when and where they move, the court has a say in all relocation cases involving children. There are three common situations in which court approval may need to be obtained for child relocation: when a parent moves at the time of the divorce, when a parent moves after the divorce, and when an unwed parent chooses to relocate. Married or not, adults who share children together must get permission from the court if their planned move could potentially affect their existing child custody and parenting time agreements or their child's relationship with the other parent.

What Factors Will the Court Review?

When a parent petitions the court for permission to relocate, or when a parent seeks to prohibit their former partner from moving with their child, the court will determine whether the planned move is in the child's best interests. In most cases, a judge will seek to protect both parents’ rights to spend time with their child. For most children, having both parents in their lives is beneficial, and this idea can affect the court’s ruling on relocation. However, if a child has been exposed to domestic abuse, or if parents continue to argue regularly, relocation may be the best thing that will allow the child to flourish in a conflict-free environment.

A judge may use a variety of tactics to determine what is in a child's best interests, including:

For most parents, their child is the most important part of their life. Those parents wishing to relocate may see this as a fresh start for their child, whereas a non-custodial parent may view these changes as a violation of their parental rights. At Anderson & Associates, P.C., we work with parents on both sides of these disputes, and we seek to ensure that children's best interests are protected. If you are planning to relocate, or if you want to make sure your ex does not move your child away from you, contact our Tinley Park family law attorneys at 708-226-9904 for a free consultation.